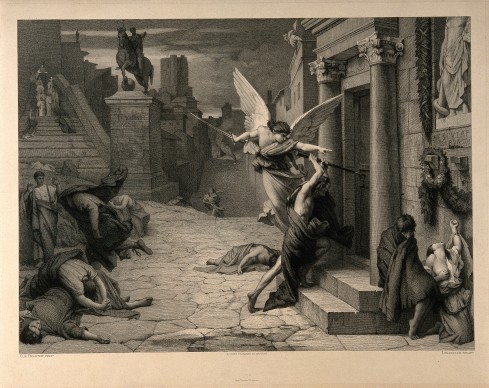 Engraving by Levasseur after Jules-Élie Delaunay

Like most of us, I’ve been thinking about little else besides the COVID-19 outbreak lately. Since during “normal” periods I’m usually considering the way that human culture is expressed through recorded media, I thought it would be an interesting exercise to combine the two things. So I decided to do a brief survey of records from the period I know best, roughly the 1960s and 1970s, that touch on the idea of contagion and the spread of disease. Often during this era, the idea of communicable illness was used as a metaphor for attraction and lust, such as in The Trammps’ 1973 hit, “Love Epidemic.” The examples here, however, all deal with literal epidemics. Interestingly, I can find no examples of the word “pandemic” being associated with any recording until the 1980s.

This selected discography was created as an exploration into the archive, as an exercise in discovery. The selections here are my own and as such are completely subjective. Exercises such as this one, however, often bring interesting questions to light. This makes them good potential starting points for deeper study. 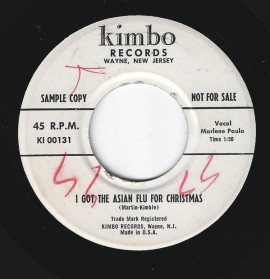 American jazz and cabaret singer Marlene VerPlanck moonlights as a children’s entertainer on this exercise in bad taste. The Asian flu pandemic of 1956 to 1958 eventually resulted in the deaths of approximately two million people, nearly 70,000 in the US alone. 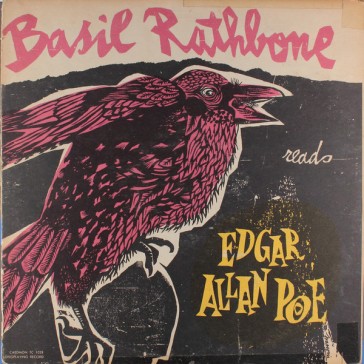 Before audiobooks there were spoken word records, and Caedmon was a pioneer in the field of recorded literature. For this outing the label hired Basil Rathbone, a legendary Shakespearean actor who was just beginning a professional freefall that would eventually result in his acceptance of roles in such films as The Ghost in the Invisible Bikini (1966) and Hillbillys in a Haunted House (1967). Reading Poe was still within the respectable remit of the trained Shakespearean actor, however, so this disc was one of the high points of his later career. After reciting a number of Poe’s poems, Rathbone closes side one with “The Masque of the Red Death,” the author’s pessimistic tale of a medieval town in the midst of a plague that causes its victims to bleed from the pores. The moral? Death is coming for you. None of you can escape it. None of you. 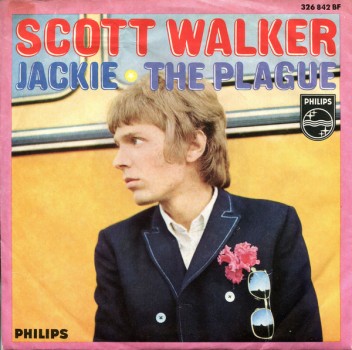 A non-LP B-side lurking on the reverse of Scott Walker’s bent cabaret version of Jacques Brel’s “Jackie,” “The Plague” was only slightly less in your face, but equally odd. The production here is enormous. Walker comes off as an avant-garde Tom Jones performing in an aircraft hangar accompanied by an orchestra and a group of backup singers direct from a surrealist episode of Soul Train. The lyrics are perfectly opaque, so it’s unclear whether the plague is meant as metaphor or literal disease. As Scott himself tells us in the song, though: “But it’s all so vague / When you meet the Plague.” 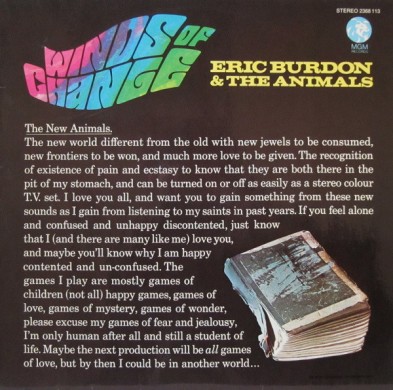 I’ve always been rather lukewarm about The Animals’ hit singles, but exploring Burdon & Company’s deeper catalog often leads to some interesting surprises. On “The Black Plague” from the 1967 LP Winds of Change, Burdon recites a creepy original poem that paints a post-apocalyptic portrait of life during the medieval plague years. The explicit details (“his hands were blistered”) and Burdon’s slight Geordie brogue give the piece a certain warm immediacy that works well.  Haunting organ and background chants of “Bring out your dead” and “Unclean” only add to the atmosphere. 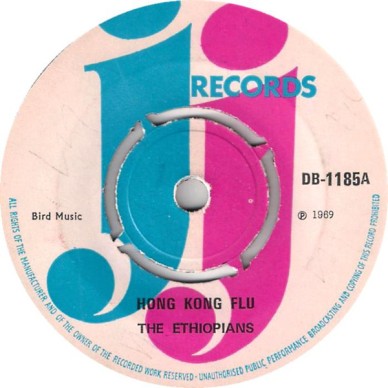 Like much of the rest of the world, Jamaica was in the midst of the Hong Kong flu pandemic in 1969. By 1972 there would be a million dead worldwide from the disease. But music is the fuel that powers Jamaica’s culture, and events both good and bad are often celebrated in song. So it should come as no surprise that as the disease was ripping through the island, a band would record a hit single about the event. Despite its upbeat tempo—made for dancing, and people reportedly did dance to it—the song’s lyrics were quite serious: “Some say it’s dengue fever / I know it’s Hong Kong flu…It’s terrible and dreadful, man.” Many who lived through the period still remember the song today, perhaps even better than the pandemic itself. 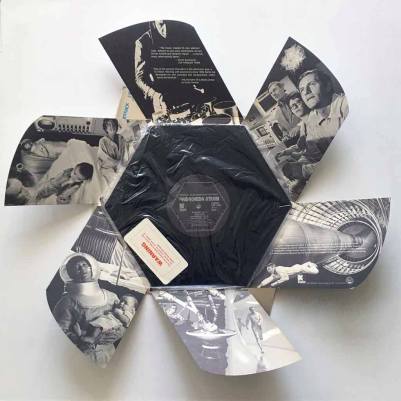 If you wanted to cozy up with an album that perfectly reflects all the tension, fear, and unease caused by COVID-19, Gil Mellé’s jarringly electronic soundtrack to the 1971 film The Andromeda Strain would be the perfect choice. The film deals with a group of scientists rushing to prevent a pandemic by an alien virus brought to earth by a crashed satellite. Mellé was a jazz musician who eventually turned to electronic music. He is probably best remembered as the composer of the theme to the early 1970s television series Rod Serling’s Night Gallery. His Andromeda soundtrack is edgy, jagged, noisy, and undoubtedly one of the strangest things to have been released by a major label up to that point. 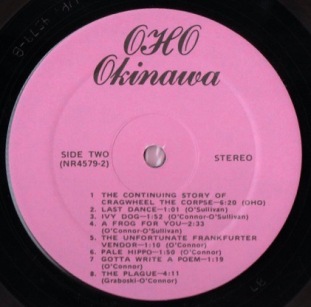 OHO was a Baltimore band that appears to have performed with tongue firmly in cheek. Their version of private press prog ranged from near-cartoon goofiness to faux-epic posing. “The Plague,” from their debut LP, is based on Albert Camus’ 1947 novel La Peste, but the lyrics are impressionistic, not obviously narrative. It’s only through close listening for lines like “the dead pass by in carts” that we begin to suspect that the tune might be a portrayal of a city wracked by plague, not an attempt at demonstrating the lead vocalist’s truly sensitive nature. 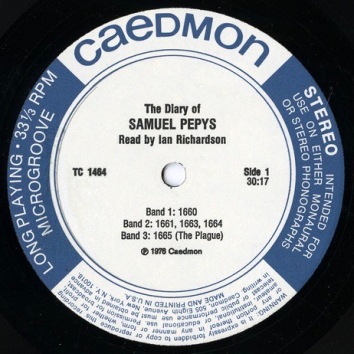 Two years after his recording of a spoken word version of the 15th-century treatise on witchcraft, Malleus Maleficarum, Caedmon again turned to actor Ian Richardson to provide the same treatment for excerpts from Samuel Pepys’ diaries. Side one closes with the great diarist’s tales of life during 1665, the plague year. As the disease threatened London, Pepys wrote that there were “[g]reat fears of the sickenesse here in the City.” Once it arrived, the law stated that any house touched by the plague be shut up for 40 days with the residents inside, marked with a cross, and guarded by watchmen. “I did in Drury-lane see two or three houses marked with a red cross upon the doors, and ‘Lord have mercy upon us’ writ there—which was a sad sight to me,” he wrote. Despite the fact that his diary shows that he was clearly worried during this period, he continued to go about business as usual, but somehow avoided infection. His final diary entry for that year is almost celebratory, “I have never lived so merrily (besides that I never got so much) as I have done this plague-time.” 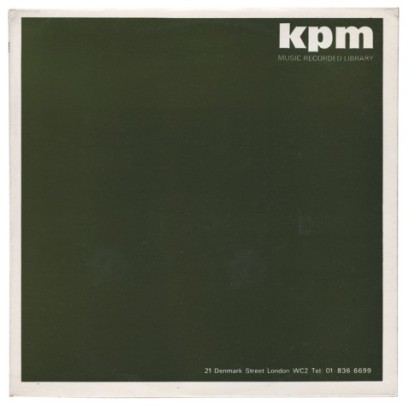 At the time this LP appeared on the legendary library music label KPM, keyboardist Tony Hymas was a member of ex-Cream bassist Jack Bruce’s band. Hymas was not just a session musician, however, but was also a composer, and would go on to release a number of albums on KPM. Wessex Tales and Elements consists of 13 tracks composed for an orchestra made up entirely of strings. As with many library LPs, each song on the tracklist is accompanied by a description of its mood, in order to assist radio and television programmers for whom the discs were intended. The descriptions on side one are bucolic: “Gradual awakening,” “Bright village activity,” and “Light rural pasttimes.” Things get decidedly darker on side two, which opens with a “Slowly building ominous progression.” The final track, “Pestilence,” is described as having a “Menacing build to climax.” The throaty growl of bowed contrabasses create enough texture and doom-filled drama to make up for the lack of percussion or other instruments. As the final note fades, one is left to assume that after pestilence the rest is silence.

Basil Rathbone reads “The Masque of the Red Death”